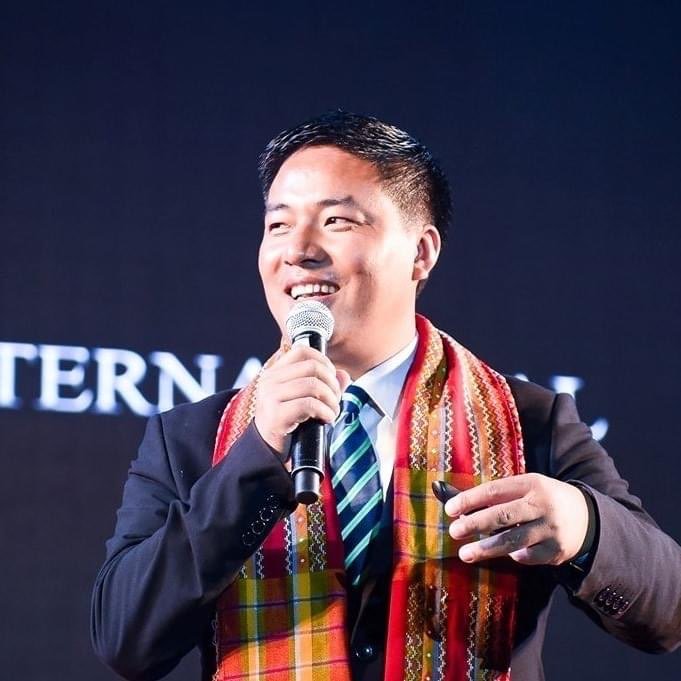 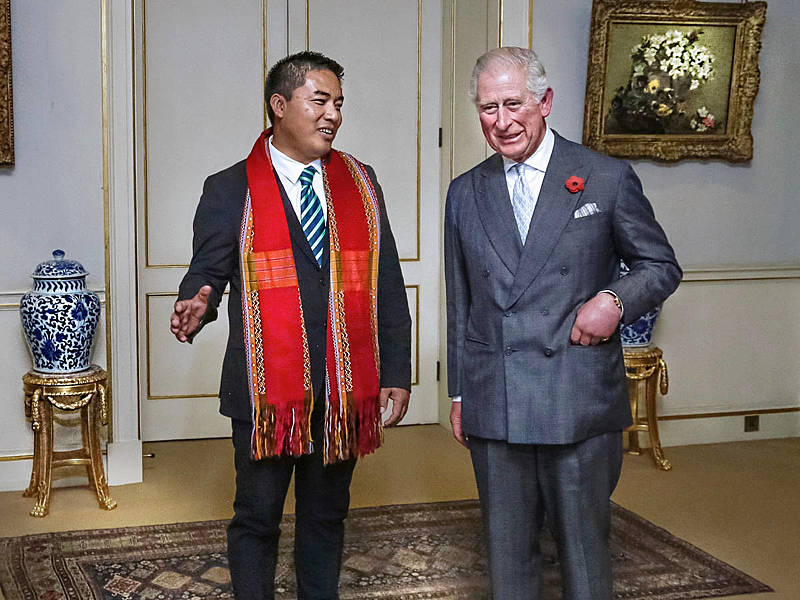 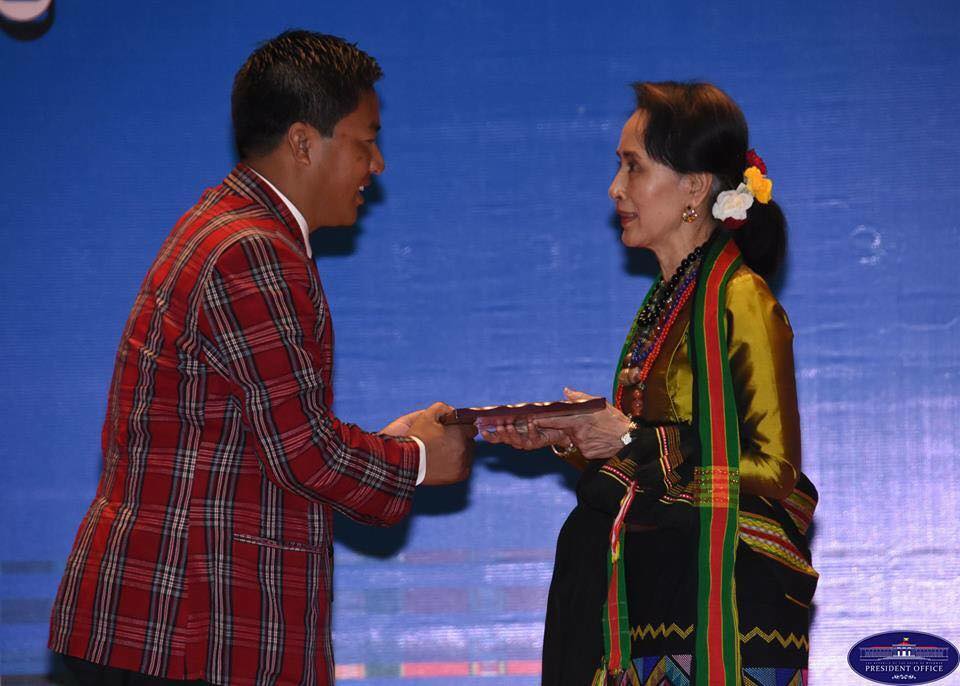 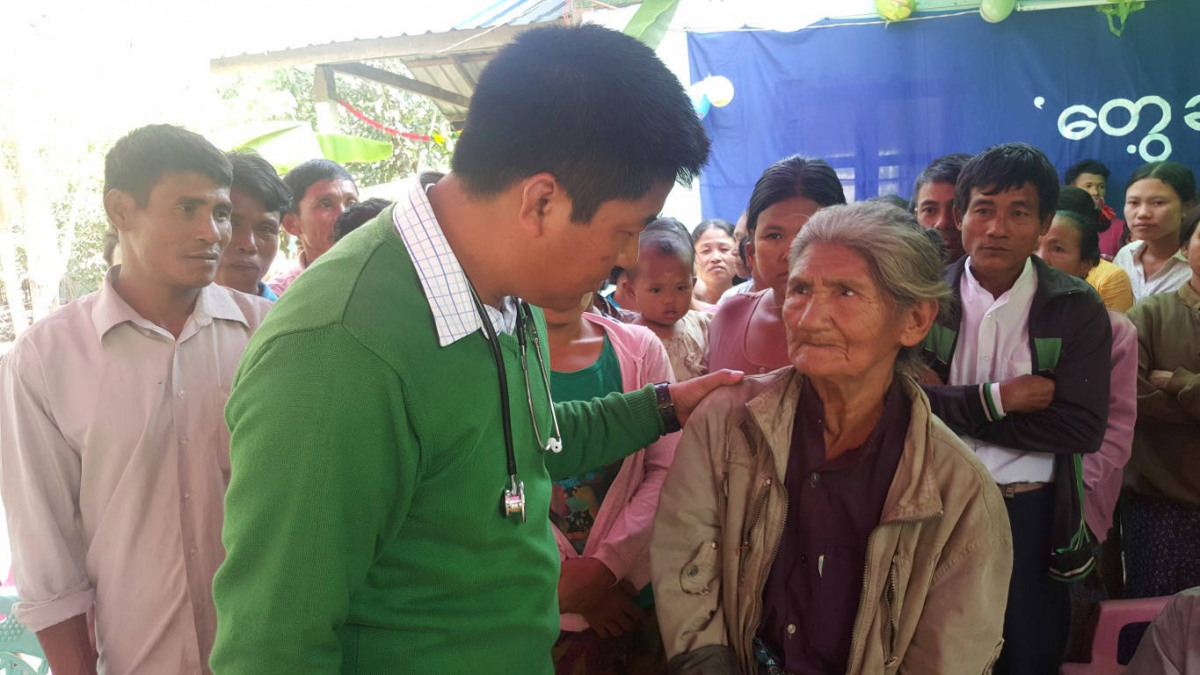 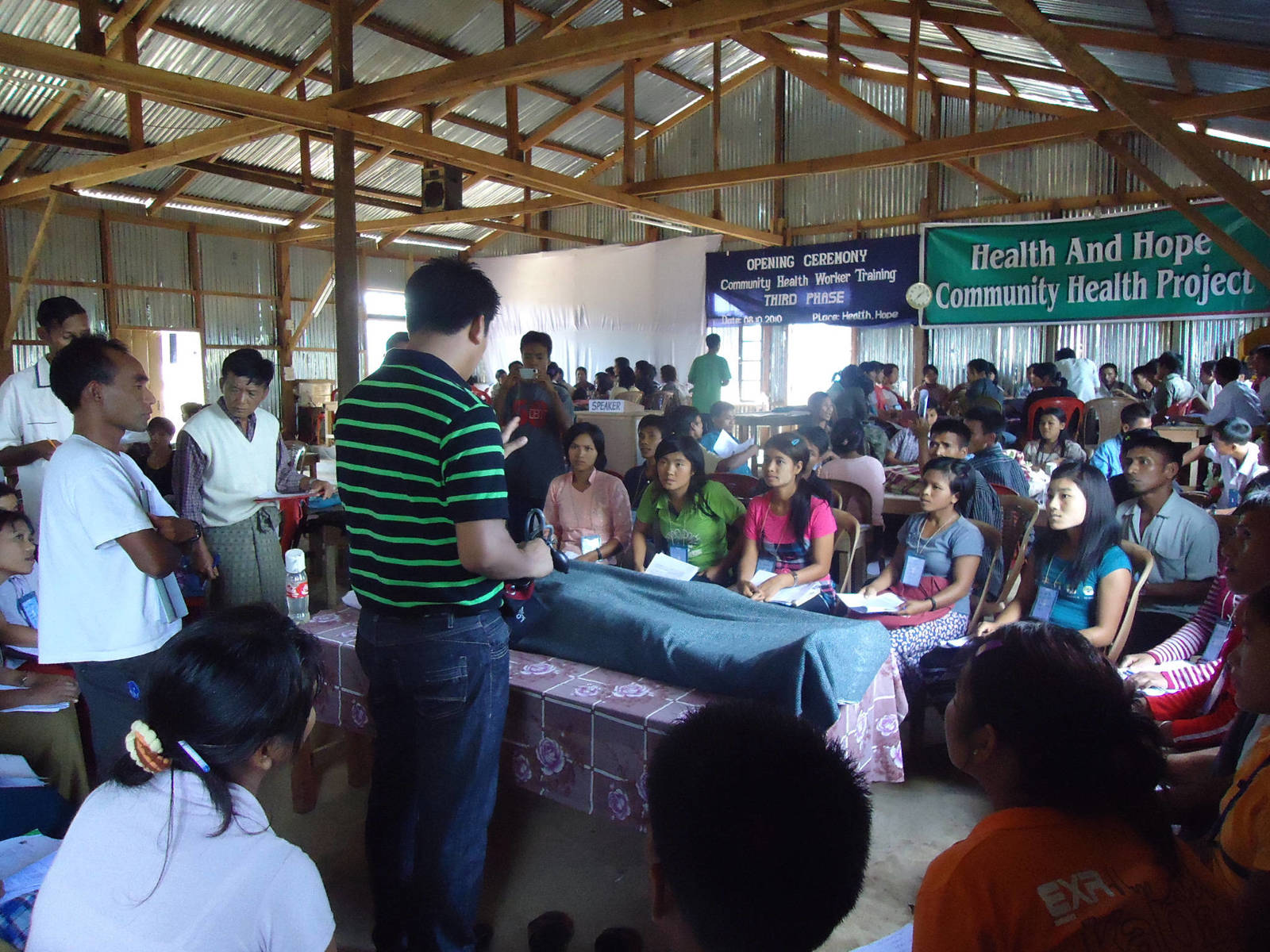 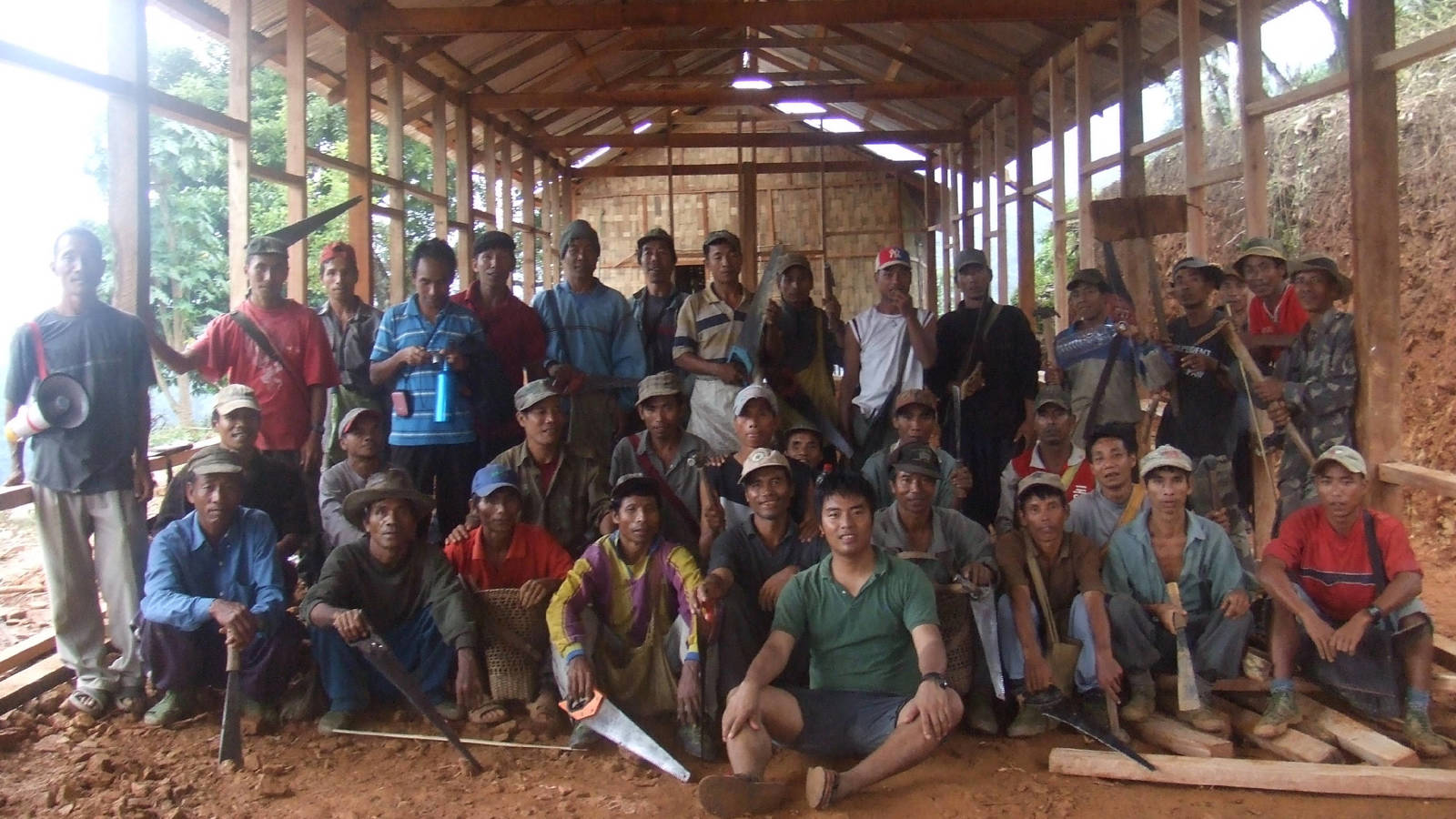 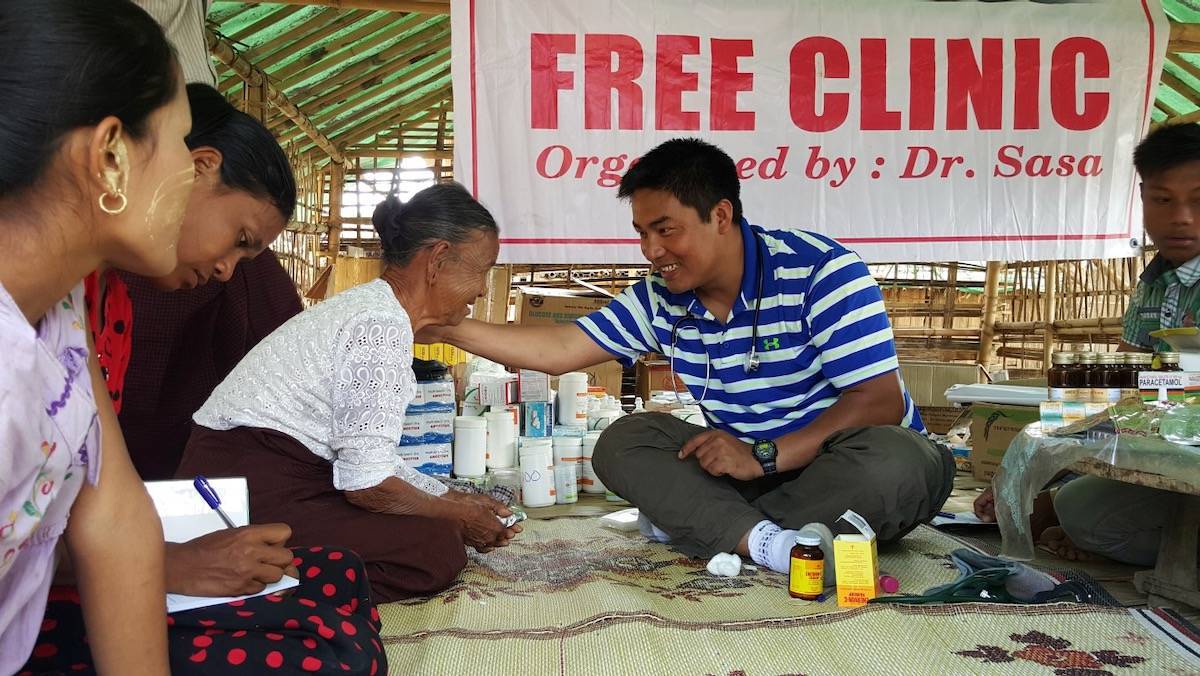 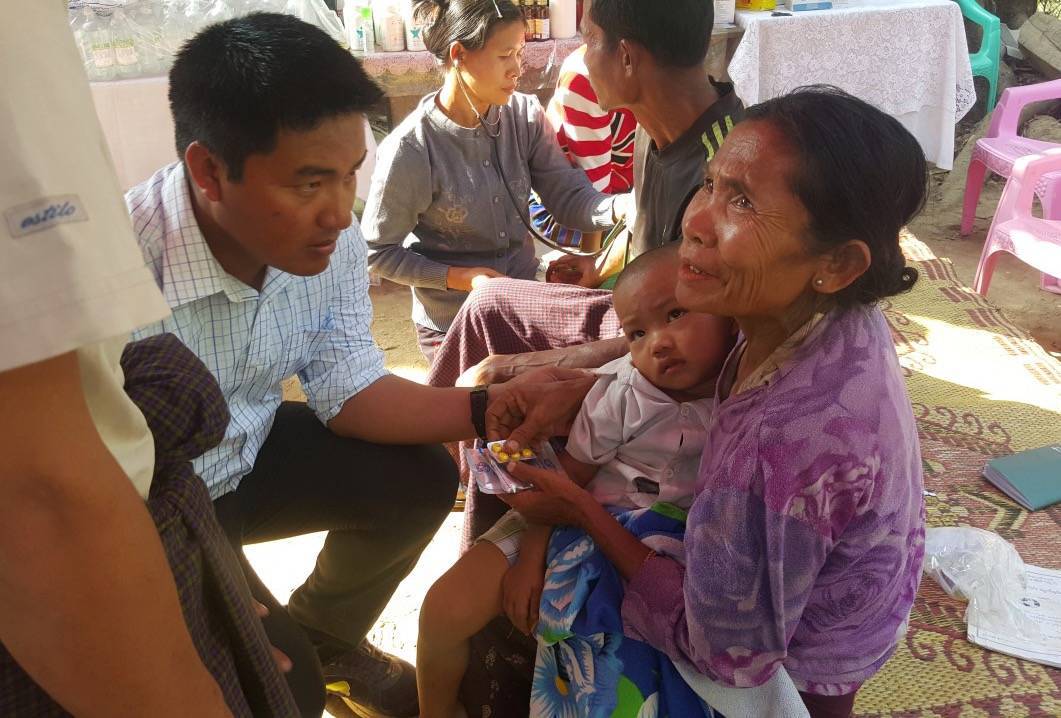 Dr. Sasa, a renowned and deeply respected humanitarian for the last 13 years, who founded Health & Hope’s work became a campaign manager for the NLD in the 2020 Myanmar general elections and had been invited by the NLD to take a National Ministerial post in the new tenure of the Government of Myanmar (2021-2026) which was due to be formed on 1 February 2021. A military coup in the morning of 1 February 2021 overthrew the existing NLD majority led Government and prevented the newly elected Members of the Parliament from holding their initial Parliament session to form the Government.

Dr. Sasa, who was in Naypyidaw on the morning of the coup, was able to elude the Tatmadaw and, dressed as a taxi driver, slip through the net, and leave to a place of safety. In response to the coup, on 5 February 2021 a group of lawfully elected members of the new Parliament, established the Committee Representing the Pyidaungsu Hluttaw (CRPH) to represent the interests of the Parliament and the people of Myanmar. On 22 February 2021, the CRPH appointed Dr. Sasa to serve as Myanmar’s Special Envoy to the United Nations, and on 16 of April 2021, he was elected to serve as the Union Minister of the Ministry of International Cooperation and Spokesperson of the National Unity Government of Myanmar, and became the voice, face, and a leader for the brave people of Myanmar in this pivotal moment and darkest hours in its history.

Dr. Sasa is strongly committed to Democracy, Freedom, Justice and Human Rights for ALL, total eradication of military dictatorships by all means, complete nullification of the 2008 constitution in all forms, including the discriminative 1982 citizenship laws and replacing them with a true Federal Democratic permanent constitution through inclusive consensus, convention and referendum. The building of a Federal Democratic Union of Myanmar where self-determination, power and resource sharing co-exist, and the government branches of Parliamentarians, Judiciary and Executives function independently, is his goal. The National Unity Government of Myanmar will protect, respect, and promote the rights of ALL people of Myanmar regardless of race, culture, ethnicities, gender and religion.

Dr. Sasa is a medical doctor from Lailenpi, a remote village in the mountainous jungles of Chin State, western Myanmar (Burma). During his childhood in the 1980s, people of the region lived as subsistence farmers with no secondary education, formal medical facilities, paved roads, power supply or telecommunications. Ethnically they suffered severe persecution for decades. Sasa’s formative experiences included seeing his villagers taken for forced labour, tortured, and raped. He witnessed the death of many friends from preventable illnesses, and saw women and babies die during childbirth.

At the age of 13, Sasa walked through the jungle for weeks to reach high school in Yangon, he learnt Burmese on his own and after being bullied at school matriculated at the top of his class. As all the colleges in Burma were closed by the army at this time, he returned to Lailenpi and became a teacher, but the desperate poverty led his community to send him for further education in India. Three years later, learning two more languages, and again graduating at the top of his class, he travelled to Armenia where he studied medicine for seven years and the clinical replacements in UK.

In 2007, the bamboo species melocanna baccifera blossomed in Chin State. This event, known locally as the ‘Mautam’, occurs only once every 40-50 years. The resulting fruit attracted millions of rats, which then devoured the villagers’ crops and caused a famine that lasted for five years. Though still a medical student, Sasa mounted a response to the famine, raising international support for food aid and treating over 3,500 patients through a makeshift clinic on the India/Myanmar border. Through his lobbying and with help from UK supporters, funds were secured which reached over 120,000 people.

Dr. Sasa completed his medical studies in 2009 and returned to Chin State to lead the creation of the region’s first primary healthcare system, building a training centre for Community Health Workers who are now working throughout the region. He helped develop a training course for Traditional Birth Attendants which has lowered maternal mortality and set up a clinic which is both a training centre and a base for a mobile medical team serving remote villages.

Dr. Sasa has addressed the region’s severe education deficit by arranging a secondary education programme for talented local students in India and China. Students have now returned to the region as doctors, nurses, engineers, teachers, and finance specialists. Dr. Sasa has led relief work in times of natural disasters, spearheading the delivery of over 100,000 tons of food aid into remote unreached villages post Cyclone Komen, and led the teams during H1N1 virus crisis and this Covid 19 Prevention, Protection and Responses in the region where half million-face mask N.95 along with packages of preventives materials were being distributed under his leadership. He has developed international partnerships which have led to sustainable agriculture projects, in addition to organizing the first-ever rural airport to be built in Myanmar, despite the opposition of the armed forces to the project.

Despite growing up in one of the most remote and impoverished areas of Myanmar and dedicating his life to serve his people, Dr. Sasa has enjoyed the recognition of both his country’s leaders and the international community’s leaders from around the world, including His Royal Highness, The Prince of Wales who became patron of Health & Hope in 2014.